As it is known, sites should be renovated from time to time. Restyling and modern functionality always has advantageous influence on the site development. We were contacted by picture framing studio Masterholst for such a renovation. First of all the design was developed. We offered several variants to our client and he chose the one he likes the most. It was design in green color range.

After the design was approved, we renovated functionality. It became more modern. Convenient catalogues of frames, pictures and posters make users’ choice and studying assortment easier. Even those users who are on the site for the first time will find everything because everything is easily seen. Now, after renovation the site of picture framing studio Masterhost is modern and user-friendly.

order a project all works 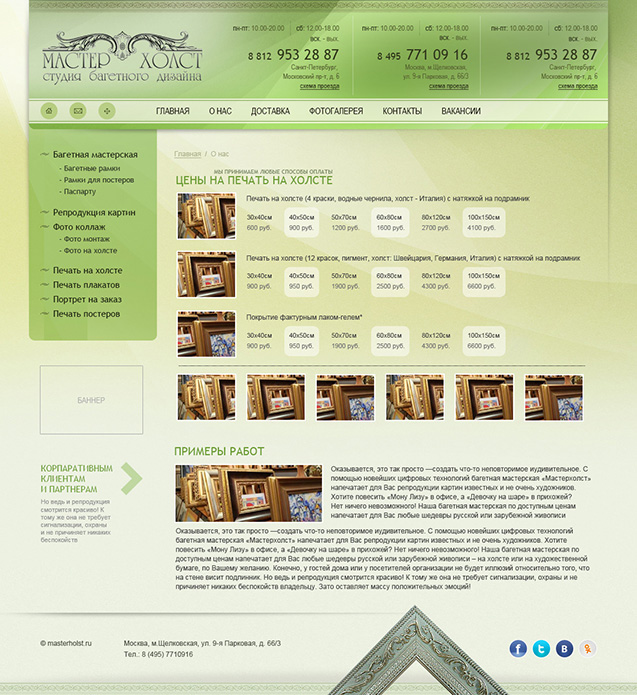 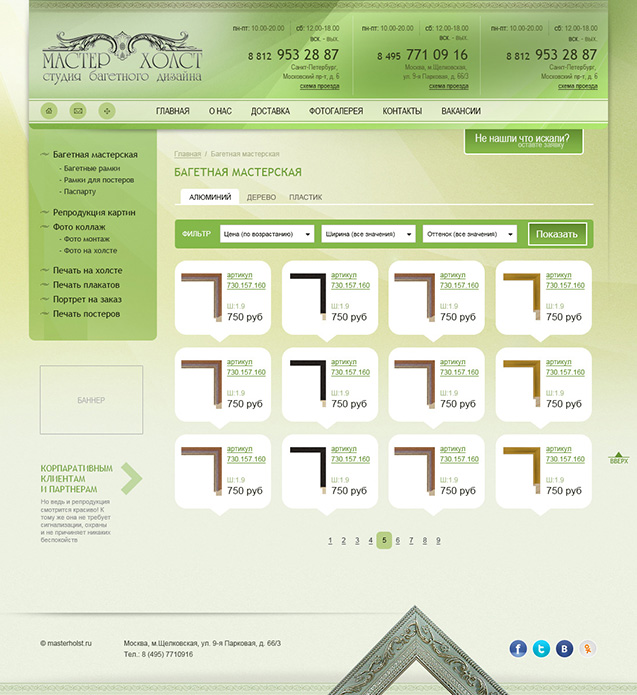 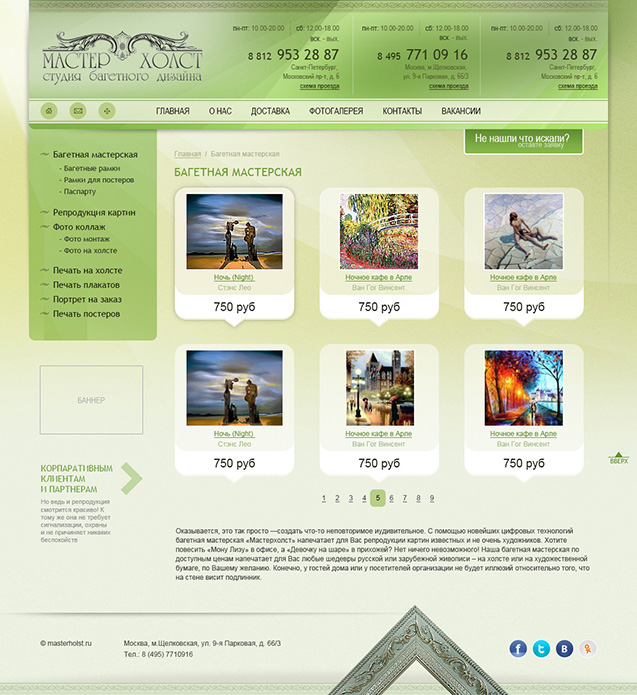 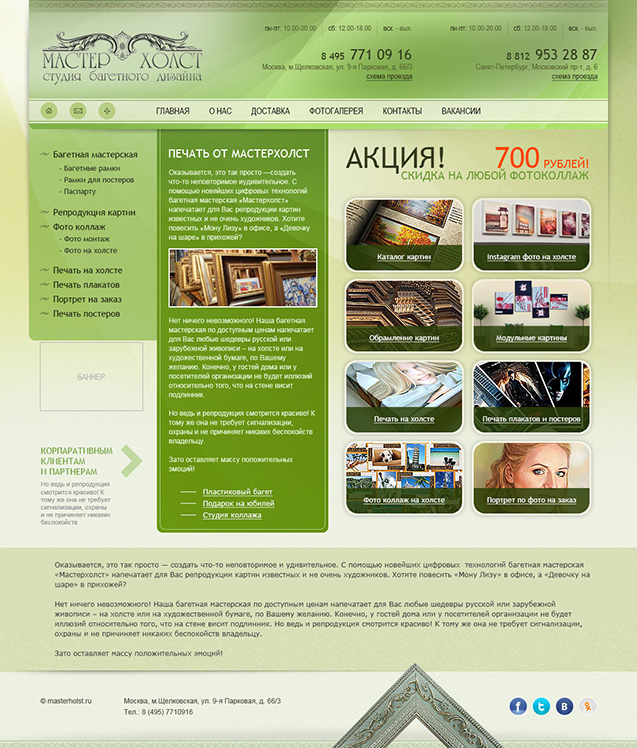 Bucuresti 59, 2nd floor Visit us, we will be glad
make an order
ilab.md - internet laboratory

Thank you for your application, our managers will contact you within one hour